All forms submitted here are returned within 24 hours. If your need is urgent, please call/text 602.601.5751 or use the chat window below. Proper septic tank pumping must occur through the septic tank lid openings. The only thorough way to extract all of the waste from the tank is to stir the tank up enough to remove both the water and the solids inside of the tank. The purpose of pumping the tank is to remove everything! If someone is pumping through a clean-out or inspection port, they are not completing a thorough cleaning service.

Pumping vs. Cleaning Your Septic Tank

Some companies sell both a pumping service and cleaning service. BE VERY CAUTIOUS. The pumping service will extract ONLY the water and NO solids. This is a complete waste of money and actually does more harm to the system as many believe they only need that service every few years. After time, the solids compact and spill into the disposal field causing field failure or very expensive repairs.

The ONLY service that you ever need is the full pumping and cleaning service. Companies that offer just pumping service, are typically doing it correctly by extracting everything in the tank. Pumping service with Priority Pumping will ALWAYS include removing all of the liquid and solids inside of the septic tank.

How Many Lids Does My Septic Tank Have?

Many times these lids are located under the ground surface so excavating is required to locate and expose those lids.  Some tanks have one lid opening, others will have two. How do you know what your tank has?

The answer to this is dependent on the year of your septic tank.

1990’s* – Current: Have two 24” manhole openings and are two compartment tanks; both will need to be exposed.

2000’s – Current: These tanks MAY also have a filter that needs to be cleaned in the rear compartment.

*1990’s is loosely used because some tank were still one compartment and some are two.

What If My Septic Tank Has Risers?

There are different kinds of septic tank “risers”. The proper risers that we can pump from are made of a poly material or concrete. They will be mounted directly on top of the septic tank lid openings. The green and tan lids in the photo above are the proper pumping ports. If you don’t have these kinds of risers, we will have to excavate and expose the septic tank lids to pump your septic tank. Many don’t want to disturb the grass over the area, but it must be done! We’ll be as careful as possible. If your tank does not currently have septic tank risers, but you would like to add them to your septic tank during the pumping service, Priority Pumping can help you out with that! We offer riser installation service. Please mention this when scheduling your appointment, if interested or you can always speak with our technicians when they are at your home for your service. The cost of the risers is usually absorbed within a couple of pumping jobs and the access is now at grade for easier, regular maintenance service and filter cleaning if you have a newer system.

Still have questions about pumping your septic tank? Give our office a a call or text us at 602.601.5751. We are more than happy to address any concerns or clarify anything you need. Your service with Priority Pumping is more than just a pump job! We love to educate our customers on their systems and help you develop a proper maintenance plan to keep your system happy and healthy for years to come. 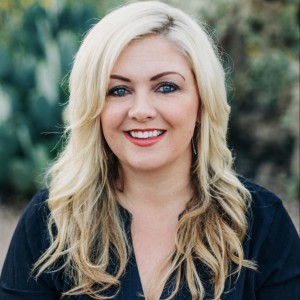 Tanya Wilson is the owner and CEO of Priority Pumping. She loves the wastewater industry and all of the opportunities for consumer education. Ignoring your septic system will cause environmental impact Creative Ways To Love Your Landscaping Septic Issues That Could Sink Your Home Sale

Servicing Commercial and Residential Locations Across the Valley, Including: